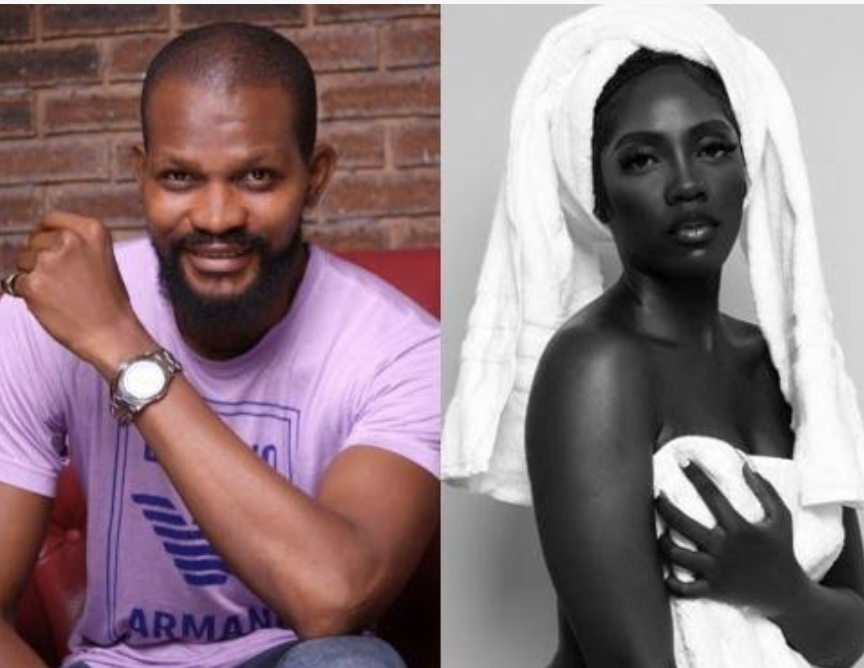 Controversial Nollywood actor Uche Maduagwu has opened up on the effect Tiwa Savage’s viral intimate tape has had on him.

You could recall that Tiwa Savage made headlines when a video of her having an intimate encounter with an ex-partner went viral, igniting a firestorm on social media.

Uche Maduagwu seems to have never gotten over the incident as he keeps pointing it out as a reference point in Tiwa Savage’s career. He was asked to express his feelings after seeing and receiving the news of Tiwa’s sex tape in a recent interview with TVC.

Uche ended by recommending Tiwa Savage to alter her career to something she excels at which is adult film acting.

“She should just quit music and go into Popo,” he said…

In other news, Nigerian comedy actor, Imeh Okon better known as Okon Lagos has made an appeal that Nigerians should be urged to pay attention to the education of the boy-child in bringing an end to various social vices, particularly the escalating ritual killings of young women by Yahoo boys.

Per the actor, fixing the boy-child is critical in order to combat the societal vices that are killing the country.

He wrote: “Back in the days, money ritualists were older me. Very older men. They have this look, aura and presence that when they appear, you will hear comments like ‘this one looks like a ritualist’.” he wrote.

“Let’s fix the boy child and do it ASAP. It’s a shorter route to decriminalizing and putting an end to most societal vices in our fast decaying society. Let’s put a central and foundational end to all these k**lings of young girls by these Benz driving Wannabe boys. Happy Sunday