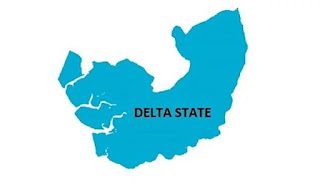 A pastor, Sylvester Yerinbide, of the Redeemed Christian Church of God (RCCG), has been killed in the Aladja area of Udu council of Delta State.

He hailed from neighbouring Ogbe-Ijoh in Warri Southwest council.

Yerinbide was reportedly attacked Friday night by unidentified persons on his way to a vigil in Aladja community.

He was reportedly discovered by some Ogbe-Ijoh motorcyclists, who rushed him to hospital in the community for treatment. He died later.

The Ijaw Youth Council (IYC) in Ogbe-Ijoh claimed the assailants were from Aladja community, as the victim recalled that his attackers spoke “Urhobo dailect” on his death bed.

The two communities clashed in the past but the state government brokered peace about two years ago.

Police spokesman Bright Edafe said the command was not yet aware of the incident.