Burna Boy Goes Swimming In The Sea In New Video 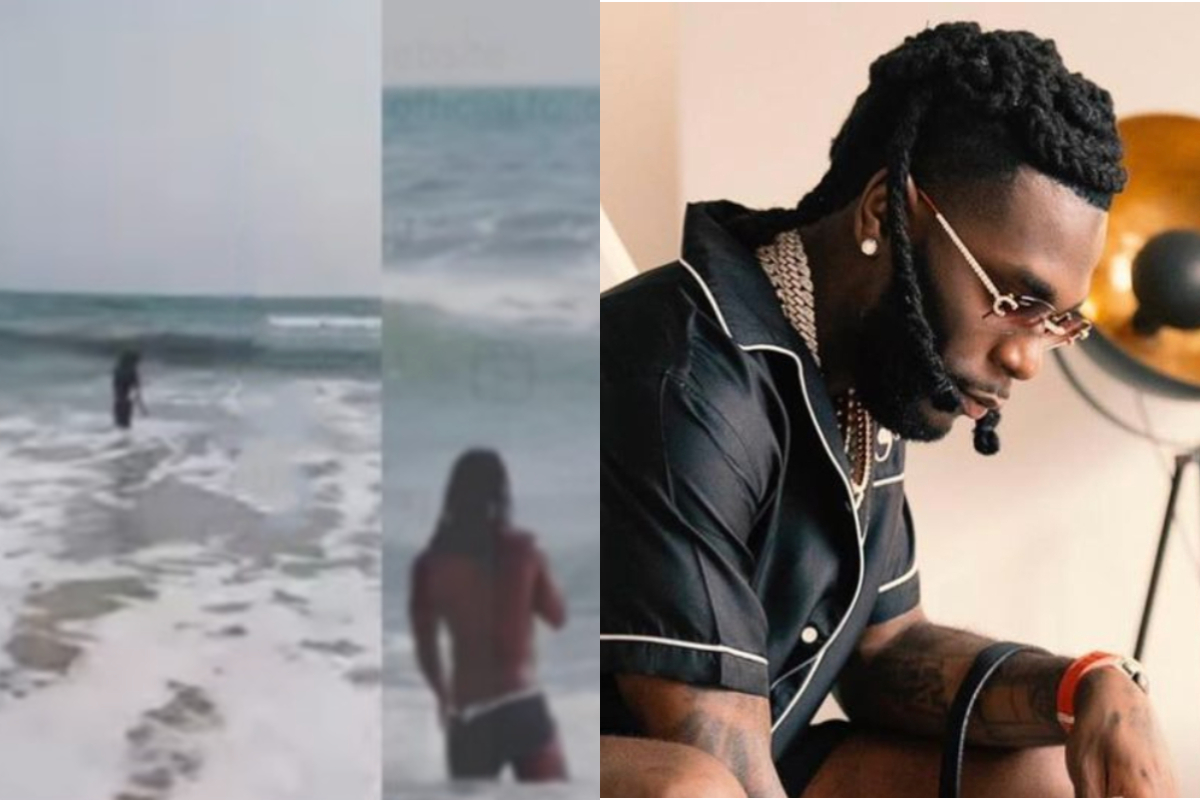 Popular Nigerian singer, Burna Boy has caused a stir on social media after he was sighted swimming in the ocean just a day after expressing his heartfelt desire to be free of all emotions.

Recall that Burna Boy wrote in an Instagram post that he no longer wants to feel anything, and many speculated that it was because of his separated girlfriend, Stefflon Don’s choice to supposedly abandon him.

Burna was seen taking off his clothes in the ocean and plunging in for a swim in a video that surfaced hours after his post went viral.

”I don’t want to feel anything. I don’t want to ever have emotions again. Who knows what i can do to achieve this. I will pay whatever. I swear,’‘ his post read.

In other news, Nigerian businessman Obinna Iyiegbu, better known as Obi Cubana, has reacted days after being questioned by the National Drug Law Enforcement Agency (NDLEA) on Thursday about his alleged involvement in the illegal narcotics trade.

Obi Cubana was interrogated for roughly five hours at the NDLEA’s Abuja headquarters before being released on bail and told to return at a later date.

Obi Cubana is currently being examined by a multi-agency security network that includes international intelligence partners, according to sources.

Obi Cubana revealed his displeasure with his claimed ties to a group of Asian drug barons in an exclusive interview with Media Personality, Daddy Freeze.

He said: “In growth, In life people must face certain challenges. I was in detention for 4days and 3nights and I didn’t feel bad, because I know the agency would do a thorough job and If I’m cleared, I would be released.

But to link me to a Drug peddling case, I’ve never felt low… It’s repulsive because I’ve made a covenant with God to avoid such mess”