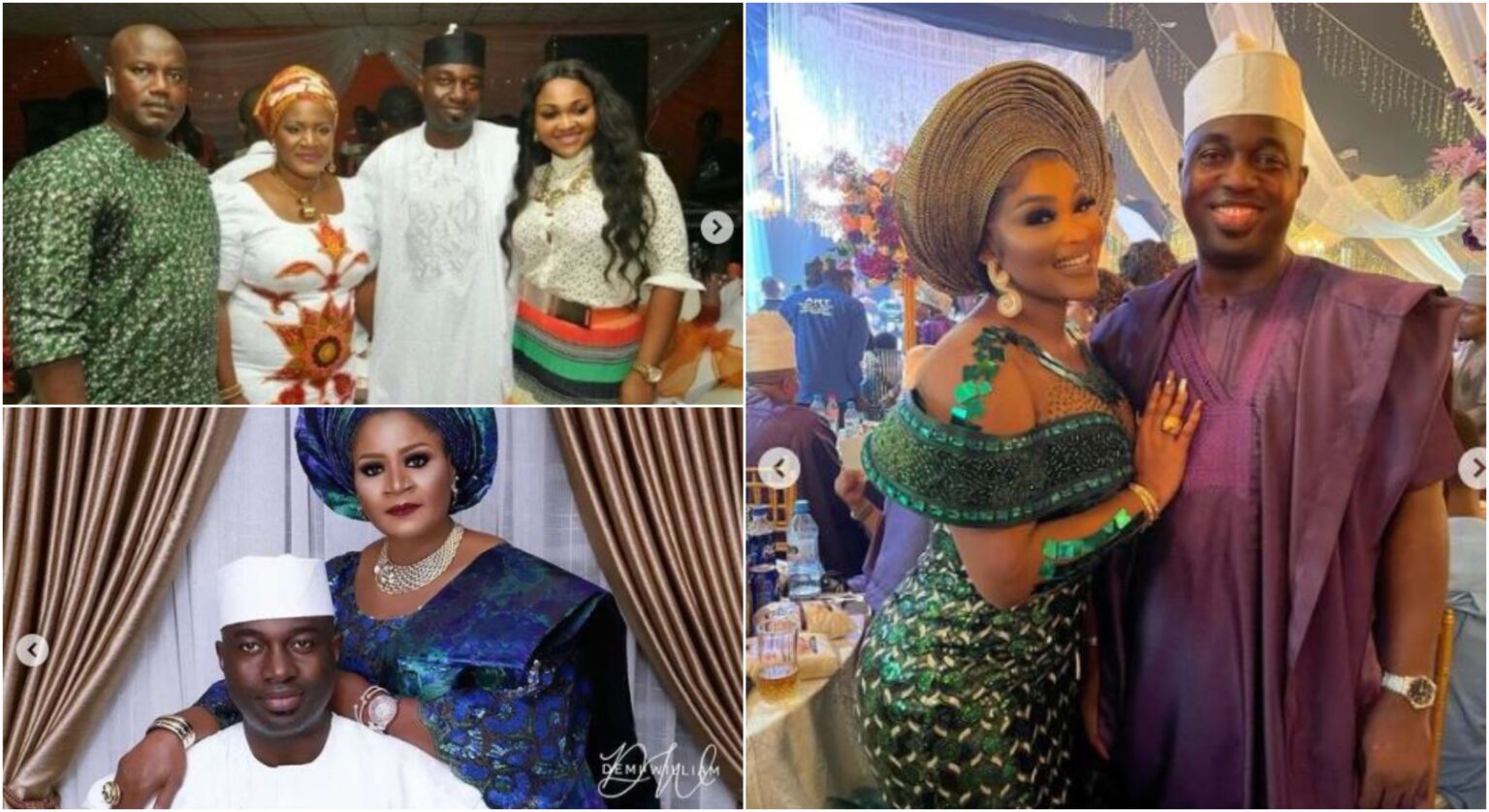 Someone close to Funsho Adeoti, the wife of Kazim Adeoti, who is the man who has reportedly married Nollywood actress Mercy Aigbe has made some startling revelations about him and the movie star.

It was rumored that Mercy Aigbe was secretly dating a married man with four children whom he abandoned in Minnesota with his wife and that man is Kazim Adeoti, the CEO of Ibaka TV.

Mercy Aigbe had taken to social media to introducer movie marketer Kazim Adeoti as her new husband, celebrating him ahead of his birthday.

In a private conversation with Instagram blogger, Gistlovers, a source close to Funsho alleged that Mercy Aigbe was sleeping with multiple movie marketers, including Kazim Adeoti, when she was still married to Lanre Gentry.

The chat also revealed that as of six months ago, Kazim Adeoti and his wife were still on good terms, and the news about his marriage to Mercy Aigbe emerged on the internet, his family members have been begging his wife, Funsho.

The unidentified source furthered, Funsho Adeoti is very instrumental to the success and wealth of Kazim Adeoti, and Mercy Aigbe has been having an illicit afar with him for more than ten years.

Meanwhile, we throwback photo alongside the chat shows Mercy Aigbe and her ex-husband Lanre Gentry with Kazim Adeoti and his wife has popped up on social media.

Some Nigerians have also berated Mercy Aigbe for snatching the husbands of people who look up to her.